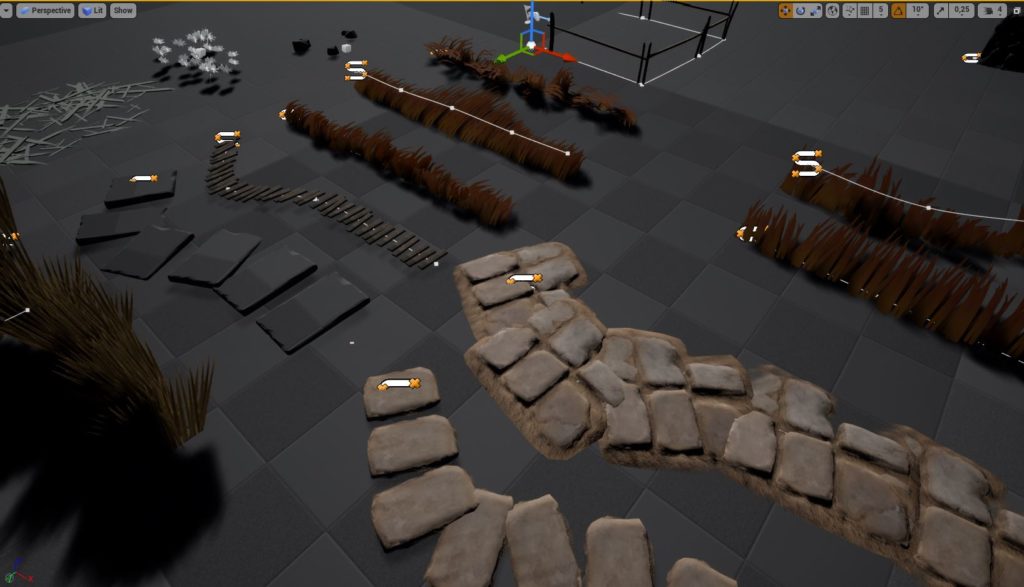 Creating levels is time-consuming but with UE4 you can create a lot of tools that will speed up the process.

This can be done better in C++ and component visualization but let’s face it: we are a small team and we don’t want to spend to much time on editor stuff.

Trace to get ground location

It’s a really simple Blueprint which can speed up laying some small props on the ground.

Here the pipeline is more complicated as it has a ton of options.

This one looks more complicated as everything done in Blueprints. C++ version is much simpler.

What this is doing is :

Again this is based on Instanced Static Mesh.

We are always thinking about how we can add more life to our levels. One of them has moving rats. There is a couple of ways of doing this:

We decided to use Splines for this, as performance is critical for us.

The pipeline is using semi generation with some helpers:

This part is simple in C++ but looks more complex in Blueprints.

Basically we are getting path from navigation from one point to another. We are adding Spline Points along path points. Simple as that.

We are constantly thinking about how to speed up our pipelines and will be sharing more in the future.